Why Succulents are called Succulents: The Complete Truth 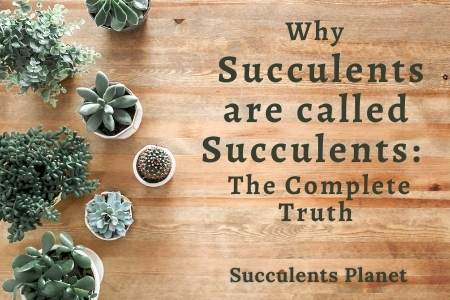 All succulent lovers at some point in life wonder how succulents actually got their name and I am no different than you my friend. I was also curious to find more about these majestic plants, so I did some digging on my own and found some interesting things which I have mentioned in this article.

So why succulents are called succulents? The word Succulent is derived from the Latin word “Sucus” which literally translates to juice or sap in English. Thus, Succulent meaning Juicy or full of juice or sap got their name because of their thick, juicy, and sap-filled leaves structure.

So now that you know how these beauties got their name from, let’s dive deep and find out more about their origin and why it got so popular.

Where did succulents come from

Succulents are native to many regions of the world and can be found in diverse natural habitats. Succulents were first discovered during During many early expeditions of great explorers like Christopher Columbus and Vasco de Gama. While it is believed that Christopher Columbus was the first one to take a cactus to Europe, Vasco de Gama discovered it in southwestern Africa and India.

As the Interest increased in succulents during those times, many more botanical expeditions were performed to find more about these wonderful plants.

Succulents are hardy plants that differ from any other species due to their ability to survive in harsh climates which are generally uninhibited. They can adapt to hot arid regions and can survive freezing temperatures such as 40°F.

Thus, due to their ability to adapt to extreme climates they can be found on almost every continent as mentioned below:

This hardiness is what attracts most succulent lovers to it, as it is an inspiring plant with never give up attitude and can literally grow back from the worst of the conditions it has faced.

What is so special about succulents/Why it is so popular

Succulents are very popular, especially among Millenials for many reasons. Millennials do love indoor plants and succulents checks every box as a beautiful and decorative indoor plant. But, there’s more to succulents than just pretty looks.

Reasons why Succulents are so popular?

The above mentioned are some of the many reasons why these plants are so popular. If these reasons aren’t enough for you to just grab these beauties home today you can find information about the benefits of succulents on this link.

When did they became so popular

Succulents are deservedly very popular plants and their popularity has been ever-increasing in past few years. By taking a look at google trends data for succulents you can get a brief idea of how its popularity is growing very rapidly. They have been rising in popularity since the last decade.

Millennials & Succulents: What is all the hype behind these plump plants?: University of Illinois Extension

They are everywhere and people are going crazy over these plants. You can buy them anywhere on the internet, Sellers are available everywhere like Facebook, Instagram, Etsy, eBay, and many other websites. Some people pay thousands of dollars to get some rare quality exotic succulents hybrid, if you want to know more about it, then go to How To Get Your Super Rare Succulents From Korea.

Some Interesting Facts about succulents

Succulents are really special plants and differ so much from other plants in so many ways. There are many astounding facts about these plants that will leave you awestruck and some of them are really amusing. Let’s look into some interesting facts about succulents:

There’s still a lot to uncover in the world of succulents. Although causing fascination and prompted investigation for a long time, they still possess many secrets unfolded. Unfolding these secrets is important as it might provide more useful information about the evolution as well as unbeknownst properties of these plants.

Succulents do possess some tremendous medicinal properties, for example, The use of Aloe Vera in the Beauty and Skin Care industries is well known all around the world for its healing properties. Similarly many other plants of the species like Opuntia, Agave, and many more also considered
Medicinal Herbaceous plants. Knowing more about these plants can help in various other fields as well.

How long the trend of succulents will Stay Atop?

Succulents continue to reign as one of the most popular and preferred indoor plants. Their low maintenance and easy to grow characteristics make them the most suitable plants for beginner gardeners who have not much gardening knowledge yet.

Their Exotic and Sophisticated looks are very eye-pleasing to both the owners and guests as well, and that’s why they are great decorative art pieces. And thus, I believe these plants aren’t going out of fashion anytime soon, to the contrary I think their reign is just getting started.

That brings us to the end of this article, I hope this resource helped to increase your knowledge about succulents just a bit more. Please feel free to find more interesting content about succulents on this blog.

Learn even more about succulents! 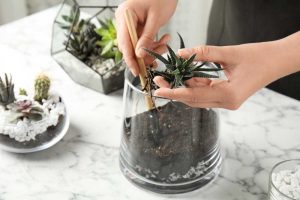 How To Revive Dying Succulents (YOU MUST DO THIS NOW!) 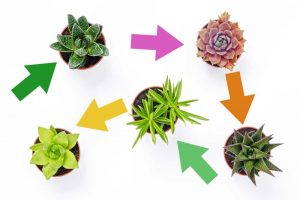 What Are All the Different Types of Succulents? (For Indoors, Outdoors, Most Popular, Meaning, etc.) 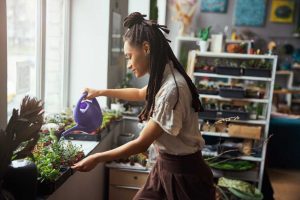 How Long Can Succulents Survive and Live Without Water?

How To Revive Dying Succulents (YOU MUST DO THIS NOW!)

What Are All the Different Types of Succulents? (For Indoors, Outdoors, Most Popular, Meaning, etc.)

How Long Can Succulents Survive and Live Without Water?

How To Plant Succulents So They Don’t Die! (Expert Suggestions)

How Long Do Succulents Live Indoors? Extend Their Life by…

SucculentsPlanet.com is a participant in the Amazon Services LLC Associates Program, an affiliate advertising program designed to provide a means for sites to earn advertising fees by advertising and linking to Amazon.com. Additionally, succulentsplanet.com also participates in other affiliate and advertising programs, such as AdSense, ShareASale, Awin, Etsy, and CJ among others, and is compensated for referring traffic and business to them.